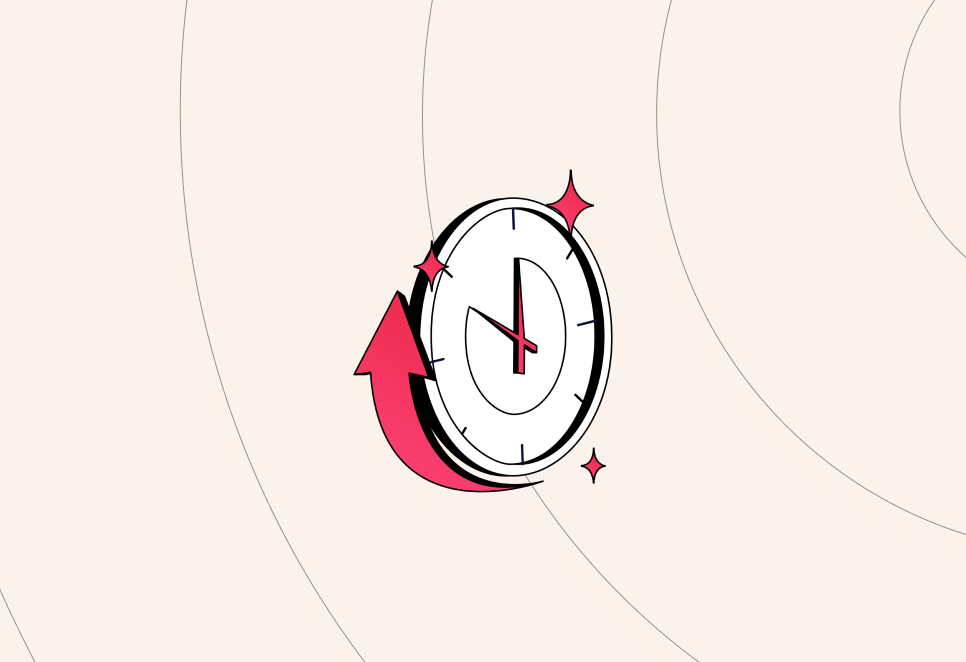 Due to the changing climate and rising cost of living, the U.K. is having to become more energy conscious, and all of us are having to come to terms with how to reduce fuel use (if only to save on the gas bill!) Eco-friendly living is a hot topic, and one that won’t, and shouldn’t, go away anytime soon. Whether it’s our diet, lifestyle, travel habits or even skincare regimes - nowadays it all circles back to one key question: is it sustainable? Businesses using Brigad will be well-acquainted with the booming Vegan food trend - you can read up on the benefits of sustainable food, whether it’s Vegan or organic on the Brigad blog. However, some of us are a little slower when it comes to transitioning to sustainable travel. But with almost 30% of carbon emissions coming from travel, commuting sustainably is essential to meeting carbon-neutral goals. So, how easy is it to commute sustainably?

Back to basics, back to bikes!

Without a doubt, the bicycle is the most sustainable source of travel. The humble bicycle has been around for over 200 years - it’s stood the test of time because it’s cheap, fuel-free, easy to use, takes up little space and is a great source of exercise. In short, cycling is environmentally, socially and economically sustainable. Our European neighbours recognise the benefits of bikes better than us Brits - cities in the Netherlands, France, Germany Sweden and Denmark are famed for being cycle-friendly, and cyclists often outnumber vehicles in urban areas. In comparison, the U.K. is far behind when it comes to making our cities cyclist-friendly. In fact, Britain has the lowest number of cyclists in northern Europe.  So, why is it that more of us Brits aren’t using bikes to commute? Nearly all of us have learnt how to ride a bike - and most will have fond memories using bikes in our childhoods. Bikes were a wonder for children striving for independence - they got us around, quickly, without paying a thing and without asking our parents for a lift. Easy, hassle-free, cost-free, fuel-free. Biking is good for you, and it’s good for the environment. So, why do so many of us ditch bikes once we reach adulthood?

There’s no denying the benefits of using a car. They’re quick, and they get us where we need to be faster than bikes and buses can. Cars can get us from London to Scotland in eight hours, it’d take a cyclist no less than 50! And whilst no one should be thinking of driving a London-Scotland commute, the point remains the same: cars save valuable time for workers with packed schedules - parents on the school-run racing the clock to drop their children off at school might want to stick to using a car (although tandem bicycles do exist!)  Plus, driving a car isn’t exercise. You might not be saving on energy bills, you are saving your own energy by driving instead of pedaling up a hill!

However, cars have a big impact on the environment, not to mention they are expensive. Whether it’s insurance, tax, MOTs, repairs, or the ever-rising price of fuel - cars cost a lot of money! Moreover, those of us living in the city most likely don’t need to own a car. Although us Brits like to have a good moan about the state of British public transport, our transport systems really aren’t as bad as we like to admit. Trains, trams and buses are used by millions of commuters everyday in cities like London and Manchester, saving time, money and making a positive impact on the environment. So, if you’re looking to reduce costs - and who of us isn’t? - you really should consider switching to a different form of transport. Whether it be buses, trains - or the most energy-efficient of all - bikes.

Cycling to work for beginners - how far is too far?

For those of us who may have avoided exercise for some time, the prospect of hopping on a bicycle everyday and pedaling to work might be a bit of a daunting prospect. Don’t worry, many of us will be in the same boat, but it really doesn’t take long to build up fitness and stamina. Little by little, ride by ride, your fitness will increase - a month or two in and you won’t give your morning commute a second thought!

For beginners, a 10 mile commute is probably going to be the limit for someone of average fitness. It will take around an hour to complete, although once your fitness levels increase, you will be able to cycle 10 miles in as little as thirty minutes. Cycling can quickly become a passion - so those of you who pick up the habit might be wanting to break your own records! Apps like Strava and Map My Ride are great for keeping track of your progress, and comparing speed with friends.

Readers should also consider using electronic bikes if they’re wanting to save a little more of their own energy, or if they’re looking to cycle longer distances. Whilst they do use energy, they are still among the most environmentally friendly forms of transport. E-bikes can make many commutes easier, and power assistance reduces stress of joints, making cycling more accessible for users who would struggle on a traditional bike.

It cannot be understated how important exercise is for our physical and mental health. Study after study shows that exercise is key to our mental wellbeing. But for many people their hectic work lives makes it difficult to fit exercise into their routine. For people with a packed work schedule, biking in and out of work everyday is a great way to combine exercise into your day without committing to going to the gym. It’s two birds, one stone - exercise and get to work happy, all at once!

For readers thinking that they are already tired from work and don’t have the energy to exercise, studies show that exercise actually gives us a boost of energy, and is key to breaking our lethargic routines. Not only does exercise give us energy, it also boosts our mood. In other words, not only will commuting by bicycle make a positive environmental impact and reduce your travel and fuel costs - exercise might just make a positive impact on your health, body and mind.

Making a change, one step at a time

You don’t need to abandon your routine overnight - but making just one small change in your routine will create a positive impact going forward. Just as many of us Brits have gotten used to eating more meat-free meals, why not consider changing your commute to work just one day a week? See how you feel, then make more changes from there. Just one small change is still a positive step, and it is a change that will benefit you and the world! 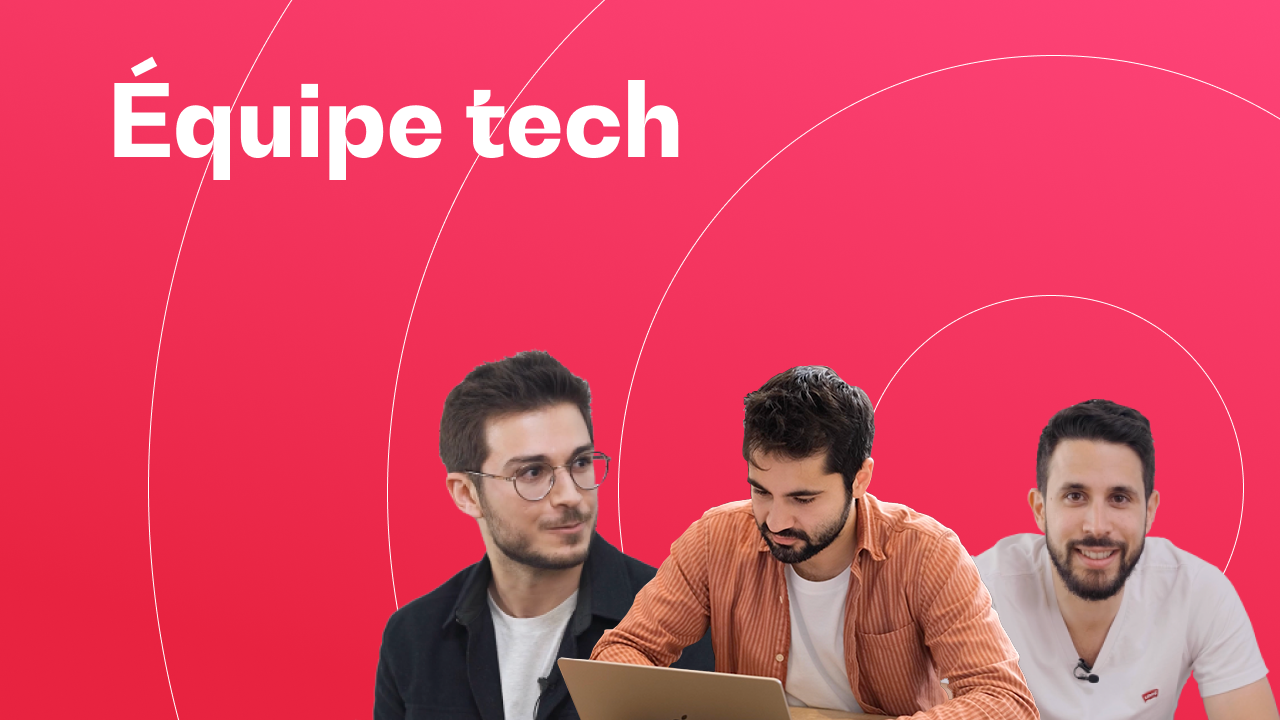 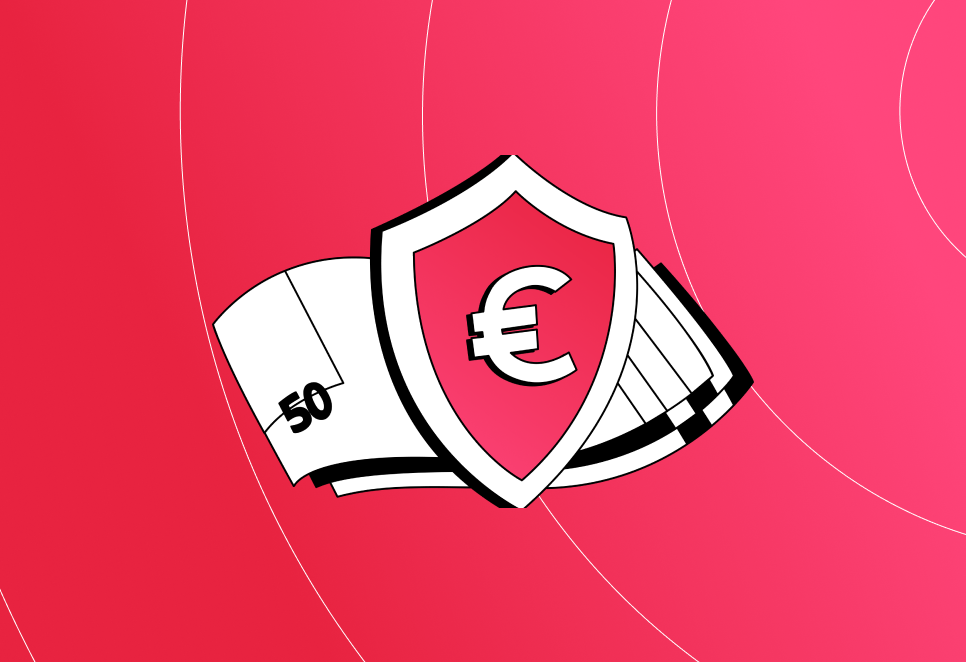 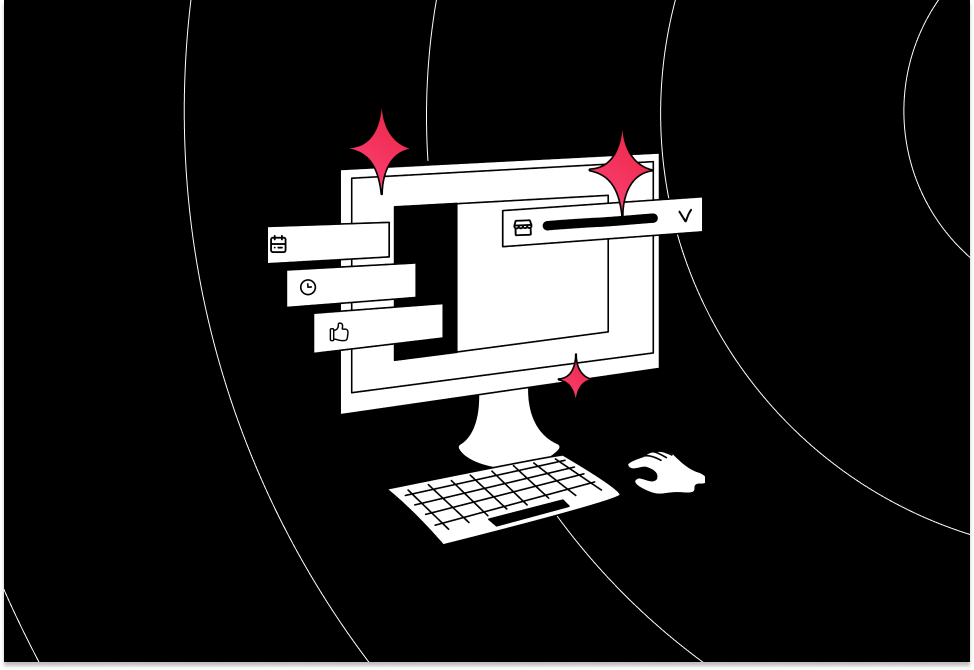 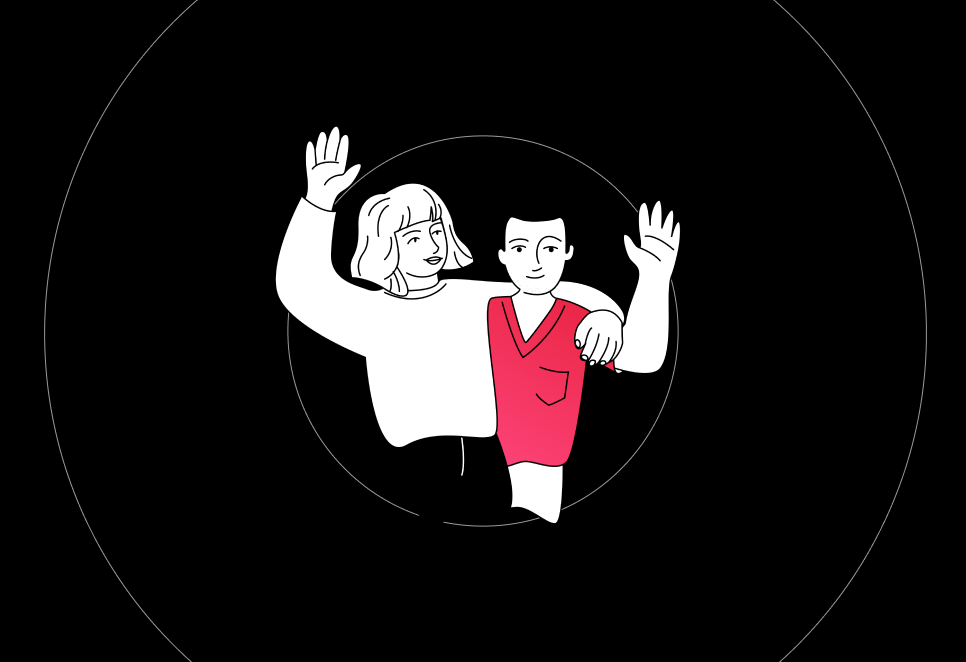 Making the most of every workplace interaction

In hospitality and in healthcare, you meet dozens of new people every day. Here is Brigad’s advice for getting the most out of every interaction you have at work — from improving your social wellbeing to boosting your career progression. 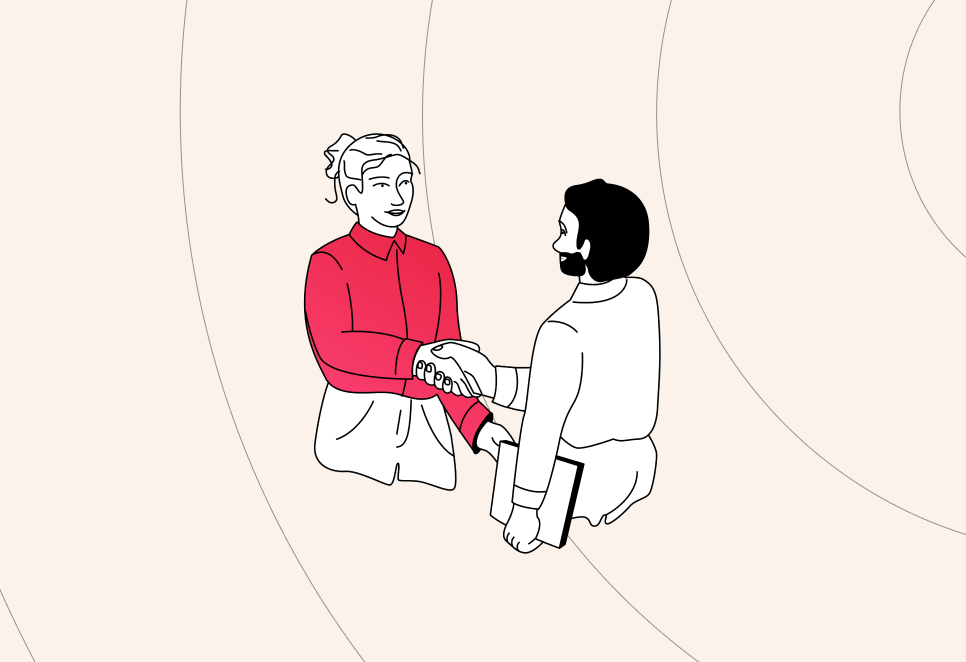 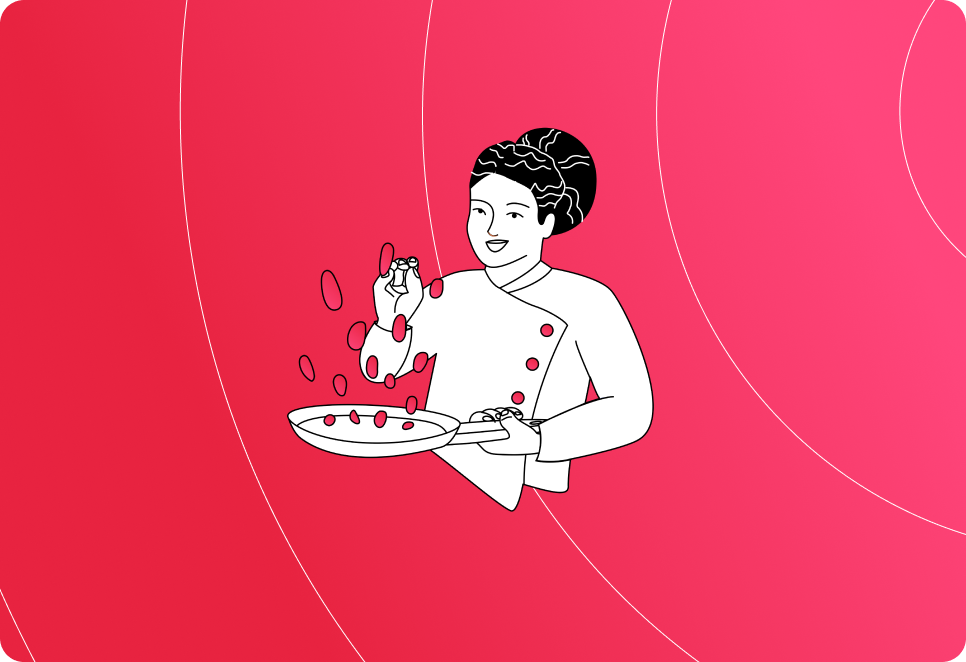 Building your own business whilst using Brigad

Using Brigad to support yourself whilst you get up and running is a great way to stay independent, but earn money! Here are our tips on the best way to do it.