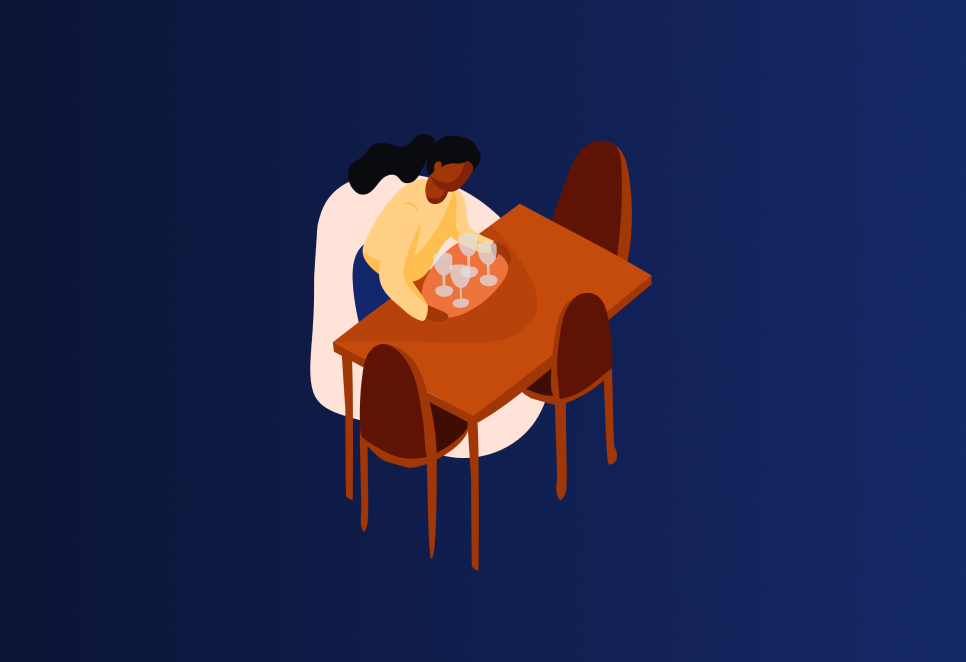 Being a woman in the hospitality industry

A woman’s place is – as misogynists would have it – in the kitchen. Curiously, though, the same damaging rhetoric does not seem to extend to professional kitchens. Women have long encountered difficulties in hospitality, and barriers still exist today, even though women work in all areas and at every level of the industry.

Many well-known, successful, and unanimously respected Michelin-starred chefs or leaders of prestigious hotel groups are, indeed, women (Nieves Barragán Mohacho, Rachel Humphrey, Amanda Hyndman, Jill Kluge). But what is the reality of every-day life in hospitality really like for a woman? While complete equality has not yet been achieved, progress is being made.

International Women’s Day, observed annually on 8th March, is the perfect opportunity to celebrate advances in women’s rights and foster continued progress in the pursuit of gender equality. With this year’s event rapidly approaching, Brigad has decided to take a look at the improvements that could still be made, and share a few tips for getting the recognition you deserve. We hope to maintain (or even boost) the rate of change in the industry, encouraging women starting out, as well as those trying to find their place in this still male-dominated industry.

Increasing numbers of women in hospitality

Analysis by The Change Group of the most recent data released by the Office for National Statistics (ONS) reveals some very interesting facts about women in hospitality.

While just over half of all hotel and restaurant workers are women, there are sizeable disparities between different job roles. Front of house, women continue to dominate with three in five workers being female, while women working as chefs fell by 39% over the period studied. Now, they only make up 17% of all chefs.

So, do some roles in hospitality naturally attract more women, or are there other factors at play? Overall, 56% of all hospitality workers are women. Why, then, are they disproportionately more likely to occupy the most junior roles in the kitchen (39%) than be a chef (17%) and why do they make up less than 40% of restaurant managers?

Notwithstanding, it would be unfair to paint a totally bleak picture of women in hospitality. Things are changing – the ONS data shows that the number of registered female managers of licenced premises jumped by 133%. Likewise, many women in hospitality consider that their career has changed for the better in the last five years, and the influence of seeing successful female chefs on television is undeniably a source of hope and inspiration for starting or continuing a career in this industry.

Indeed, there have been some encouraging advances, but there is still a way to go.

They occupy roles at every level of every organisation, but the reality is that the every-day work life of a woman in hospitality is more difficult than for a male colleague.

In fine dining, for example, female chefs only count for six percent of the 638 Michelin-starred chefs, and the UK only saw its first female three-star Michelin winner in 2021. In hotels, it’s the same story: 93% of the industry’s FTSE 350 CEOs are men.

When it comes to salary too, the gender pay gap may be better than in other industries – sitting at an average of 7% – but it still needs work. It would be easy to explain this away by evoking women’s various roles in society: as mothers, wives, and workers. But isn’t that just an easy cliché? And, in reality, old habits die hard when it comes to gender equality in pay.

The idea that working in a hotel or restaurant is incompatible with nurturing a happy family is what pushes many women to stay at lower levels of an organisation, because management is considered to require more of a personal investment.

Women in hospitality – our tips for establishing your place at work

Working in hospitality is not easy. Alongside the pressures of working long, physical shifts in a stressful environment, women also have to deal with the inequality they face in the workplace. So, to establish your place and garner the respect you deserve, you will need copious helpings of…

To be noticed as a woman in hospitality, you have to show tenacity. Stereotypes are often difficult to escape, so you will sometimes have to go the extra mile to show how hard you work and get the respect you deserve. Put yourself forward when opportunities arise and show how well you can do your job. Bring your faultless sense of professionalism to every task, and prove that you can handle the heat.

We all need professional role models to give us the extra motivation to achieve our next goal. The good news is that we are seeing increasing numbers of female chefs in the media. This exposure can prove extremely motivating and encourage you to persevere. Figures like Clare Smyth or Angela Hartnett show us that although the journey can be fraught with obstacles, women can make it to the top of their game and defend their title.

Consider reaching out to networks like WIFI (Women in the Food Industry), who offer professional support and practical advice for overcoming the difficulties you may face in the industry.

Don’t be shy! You have worked hard and earned your place in the hotel and restaurant industry, and you should make sure everyone knows it. Be proactive: attend conferences or restaurant openings, where you can make a name for yourself and grow your professional network.

To progress along your career path, you must not be afraid to speak up and show off your work experience. Of course, this is important for your own career, but it may also serve as a source of inspiration to other young women around you.

For many, being a woman in the hotel and restaurant industry is incompatible with raising a family. Misogynistic comments aside, the reality of working irregular shifts can, indeed, be trying. At Brigad, we don’t think this is reason enough to turn away from your dream career. Whatever your position, becoming a freelancer can be the key to fulfilling your ambitions in this industry without encroaching on your personal life or freedoms.

Working independently allows you more flexibility and the power to decide exactly when and where you work.

To all the women considering a career in restaurants and hotels, or those who are struggling to fulfil their ambitions in the industry without sacrificing their personal lives: Brigad is here to support you. Showcase your talent, experiences, and skills and choose the missions that you like, when you like, and where you like – all in just a few clicks!

Brigad is constantly creating solutions to prevent discrimination and is committed to ensuring the safety of its users. For a few weeks now, Brigaders have been able to immediately contact the Brigad support team, or the police if necessary, in an inappropriate or uncomfortable situation through the application. Brigad supports women in the hospitality industry and actively works to end discrimination by equipping workers with the ability of choice, as Brigaders decide which missions to accept and where to work.

life of the brigader 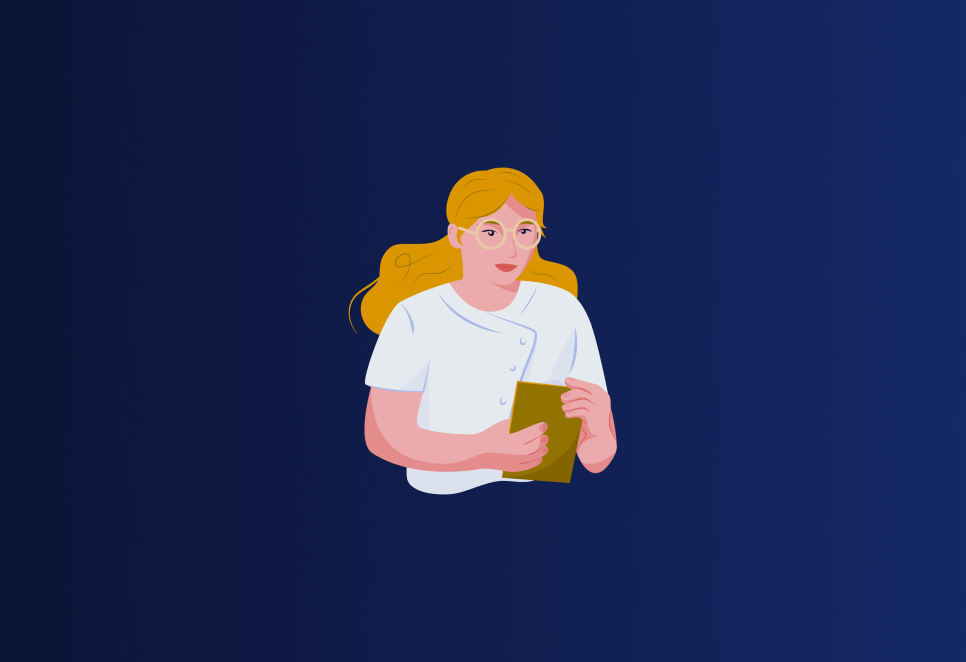 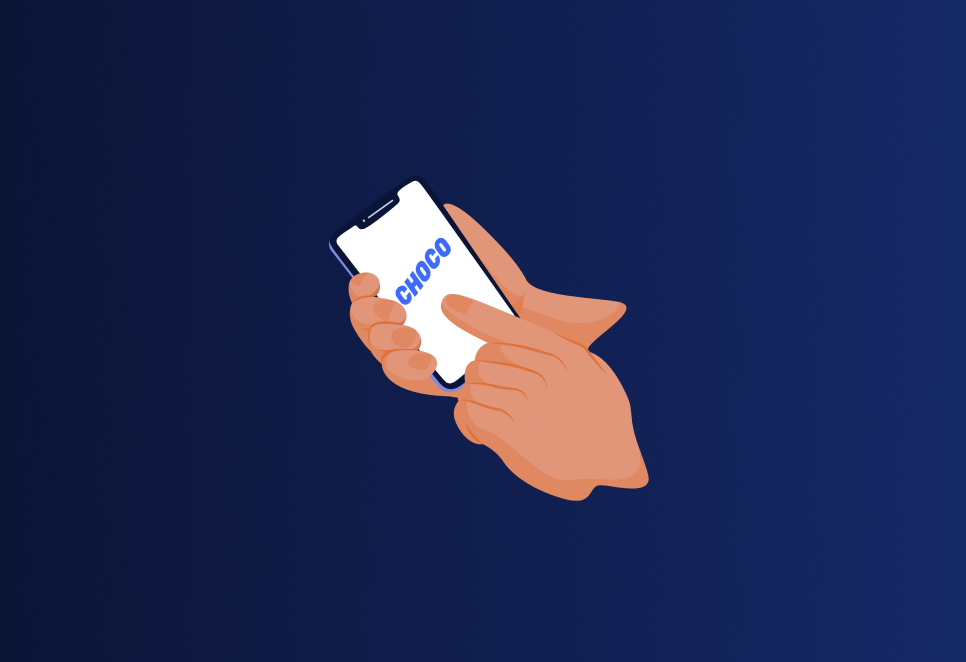 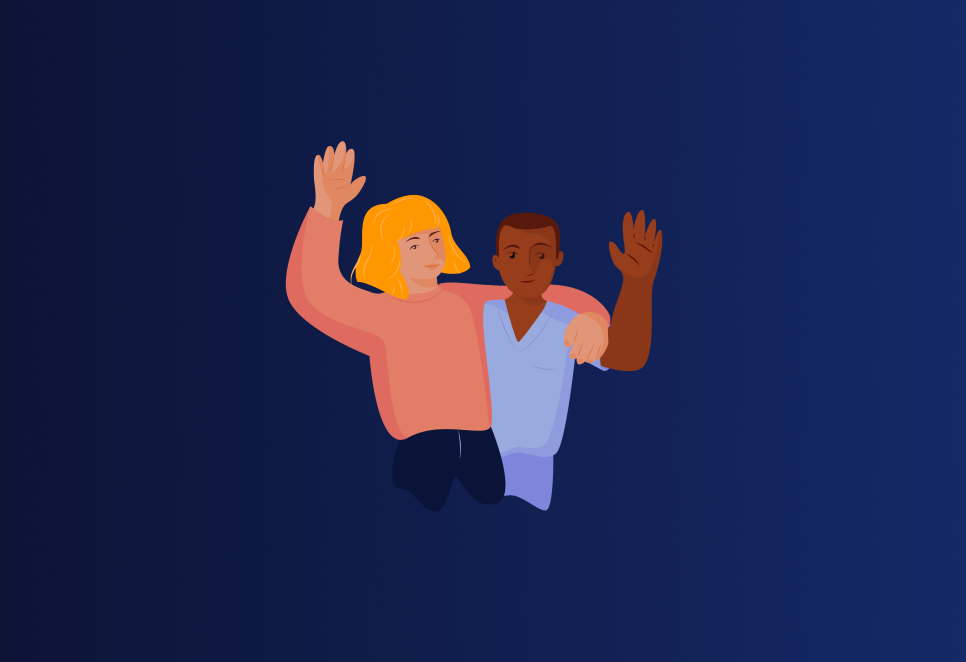 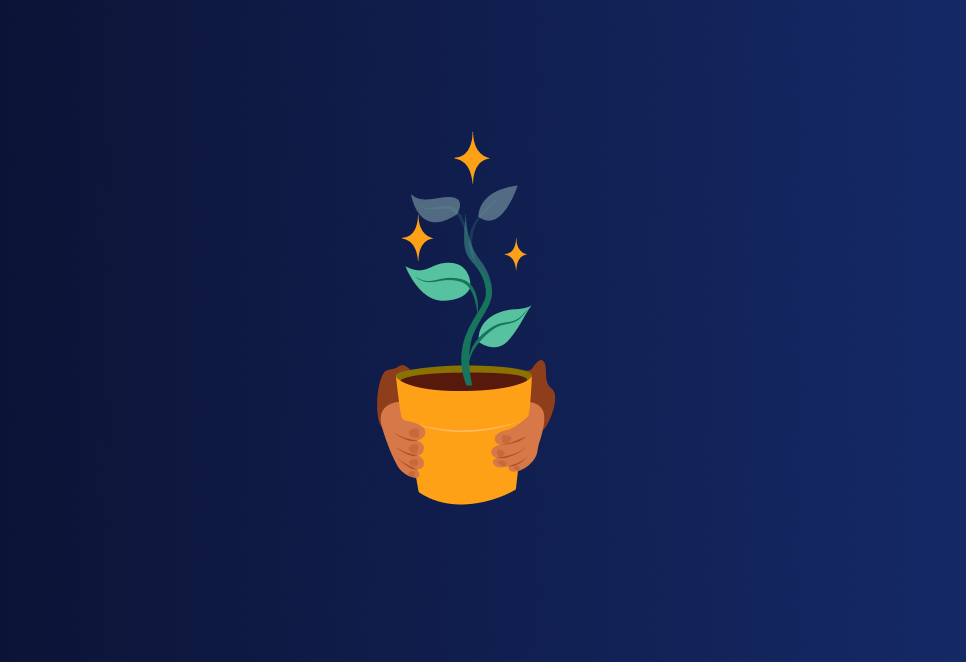 COVID-19 has impacted our lives for the last two years – but not only in a bad way. Many of us developed healthy lockdown habits and took time to look after our mental health and wellbeing. Let Brigad share ways in which hospitality and healthcare workers can hold on to those beneficial practices in the new post-COVID era. 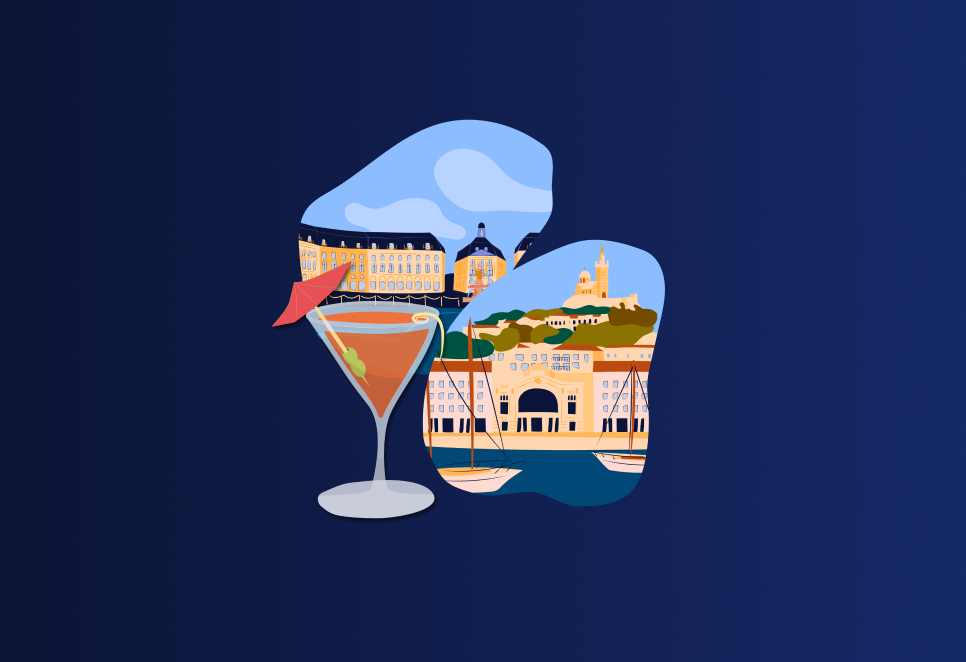 Planning for holidays as a freelancer

Taking time off as a freelancer can be difficult to plan for, without paid holiday to fall back on, but that doesn't mean it's impossible. In fact, it's even easier than if you were on a permanent contract. Read our tips on how to plan for it, so you can take some well-earned time off, without the guilt. 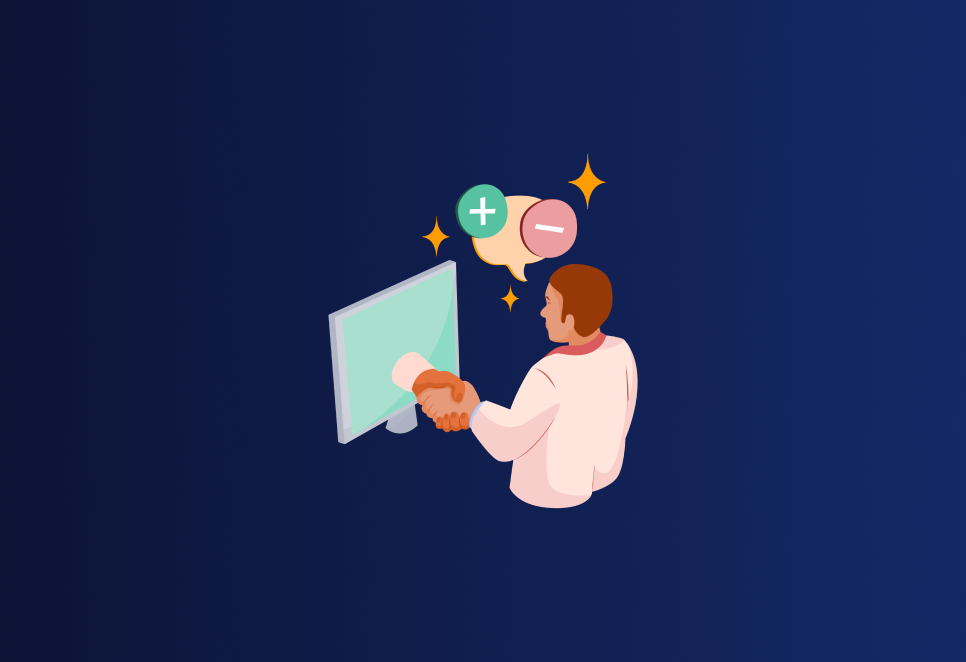 Hacking your workplace to fast-track your skill growth

Opportunities to fast track skill growth are everywhere, especially as a freelancer. Here are our top tips on how to use Brigad to hack your workplace and fast-track your skill growth.