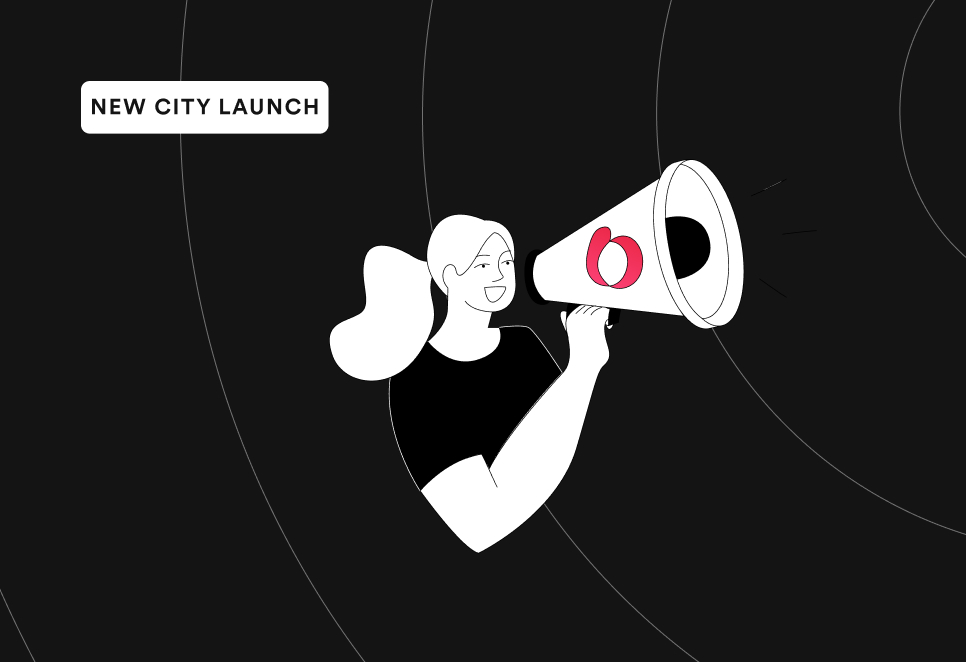 As the biggest city in the midlands, Birmingham has become celebrated as one of the most diverse cities in England. In fact, surveys tell us that Birmingham is officially more ethnically diverse than London! Thanks to years of migration from Commonwealth countries, the city has become a melting pot where people from different cultures, ethnicities, religions, races and backgrounds live together in harmony. With over one million people living in the city of Birmingham, this mixture of culture can be seen in the city's music and arts scenes, as well as their festivals and celebrations.

Birmingham’s annual festival highlights are the Chinese New Year celebrations in the Chinese quarter of Birmingham's southside - where music, art, dance, fireworks, food and elaborate dragon dances fill the streets. One of the largest Sikh celebrations in the world, Vaisakhi, is held annually in Handsworth Park - a free family event open to all members of the community and includes Sikh cultural activities. Birmingham’s Vaisakhi festival is the largest Asian festival in Europe, welcoming around 100,000 people each year. Traditional British and Irish folk music is celebrated at the Mosely Folk & Art Festival, bringing the biggest names in folk music - and a whole lot of morris dancers - to Birmingham for the weekend.

Brigad is taking a look at the city's diversity through a familiar lens - its food.

Birmingham’s culture through its cuisine

Birmingham’s multiculturalism is most commonly showcased in the city's bars and restaurants, where street upon street showcases an extensive selection of cuisine from around the world. A stroll around the city will treat you with sounds and smells from every continent. But there is no food that has quite taken to become the symbol of Birmingham than the curry - and one of the country’s favourites, the balti, was even invented in Birmingham.

Birmingham curry houses have existed since 1945 when Abdul Aziz, one of the first Bangladeshi immigrants to settle in the city, set up shop and began serving curry and rice on Steelhouse Lane. The cuisine quickly became a staple of the city and has been the backbone of Birmingham’s restaurant industry for decades. Those first immigrants brought with them flavours and spices from the subcontinent - from Pakistan, Nepal, India and Sri Lanka. And whilst these cuisines have long been labelled ‘Indian’, the types of curries being cooked in Birmingham were much further reaching, taking ingredients and recipes from many south Asian countries. Today, Birmingham is one of the best places to go for a curry in the whole of the U.K.

The Balti is Birmingham’s invented curry, it is now so popular that it has become a staple dish in curry houses up and down the country. Nevertheless, Balti is Birmingham born and bred. Believe it or not, there are many rules to whether a balti is a true Birmingham balti, including what kind of butter it is cooking in, even down to the dish it’s served in. Is your balti served in a cast iron dish? Not a balti! (Or so the Brummies say.) In the balti triangle - yes, there is an area of Birmingham dedicated to the dish! - Shababs is the perfect place to grab a genuine brummie balti, created by a chef who’s still following every balti rule.

You can’t talk about a British city’s food and drink culture without coming back to the bread and butter of pub culture. Year-round, whether they are sheltered from the cold and the rain or beer gardens rammed full on summer days - everyone loves a pub. Birmingham has a claim to the U.K.’s oldest pub - a claim made by many U.K. cities! - built-in 1368, the Old Crown is Birmingham’s oldest inn. Surviving the English civil war, the pub is a cornerstone in Digbeth, Birmingham’s creative quarter. With countless Brummie folk tales centring on the Old Crown, one turned out to be true when a secret underground passage leading to the pub was uncovered this summer. Rumours spread as to the purpose of the secret tunnel, including Birmingham’s most popular fictional characters - the gang members from Peaky Blinders. (Coincidentally, the Old Crown holds Peaky Blinders nights and guided tours.)  For another slice of pub history, Birmingham has three inns built in the 1800s: The Old Contemptibles, The Queens Arms and The Rose Villa Tavern.

Birmingham is the most diverse city in the U.K. the city is home to countless desi pubs: pubs which mix British and Indian culture, run by Asian landlords. Desi pubs are great spots to have a beer and a great curry - it’s pub grub Punjabi style. Some of the most popular desi pubs are The Covered Wagon, Indian Brewery, Hen and Chickens, and Tap and Tandoor in Solihull.

Birmingham has a thriving Chinese quarter which has become known for its top-tier restaurants and the vibrant annual Chinese new-year celebrations. The area was developed by migrants from Hong Kong in the 1950s and 60s who set up community organisations and businesses on Hurst street - it was officially recognised as the ‘Chinese Quarter’ in the 1980s. The Chinese Quarter today is opposite the bustling New Street station, a stone’s throw from the theatre quarter and Birmingham’s gay village - these areas make us the city’s Southside district, one of the most exciting and diverse areas in Birmingham. Of course, it is the food that brings so many people to the Chinese Quarter, where fine dining and street food combine to fill the street with great tastes, sounds and smells.

Over the years Chinatown has expanded to incorporate restaurants and cuisines from all over Asia, including Thai, Vietnamese, Korean and Japanese. For Japanese restaurants, Miyako Teppanyaki is the first ever Japanese restaurant to open in the city and might just serve Birmingham’s best teppanyaki. For sushi and bento boxes, Ten Ichi have become known for their beautifully arranged dishes - Instagram-worthy! Treat yourself to dinner at Ten Ichi for a taste of fine dining.

Hospitality is a constantly evolving industry - business owners are always looking for the next big trend and trying to keep on top of rising costs. One big trend happening up and down the country is the development of food halls - community eating spaces. Canteen, street-food style dining is becoming ever-more popular, packing trendy eateries and arts & crafts together to create a more exciting dining experience. Birmingham is no different, and trendy canteens have been popping up all around the city. Asia Asia Food Hall is a popular canteen with nine independent vendors cooking up delicacies from China, Japan, Korea, Thailand, Vietnam and Malaysia. All the food is made fresh every day with traditional flavourings that fill the air with phenomenal smells and tastes from all across Asia. What’s not to like?

Digbeth Dining Club is Birmingham’s most popular street-food market, developed in 2012 to bring together the best independent food vendors in the region. It has grown over the years and is now known as an award-winning weekly carnival of food in Birmingham’s creative district. Digbeth Dining Club has seen many vendors set up permanent shops in the city as a result of becoming so popular at the weekly market. Hockney Social Club is Digbeth’s Dining Club’s permanent residence on Trinity Street, a giant 10,000-square-foot warehouse which has been converted into a bar and food court. Craft beer and artisanal foods go hand in hand here.

We couldn’t talk about Birmingham’s multiculturalism without mentioning the city’s Gay Village.  The quarter might not be as big as Digbeth, Gas Street Basin or the Chinese quarter, but there is no doubt you should stop to have a look at the buzzing district filled with al fresco coffee shops, restaurants, raucous bars and nightclubs with regular drag shows and cabaret. Sidewalk bar, equator bar and the loft are all great bars to visit day and night, inside bustling dancefloors or outside in lovely beer gardens, sitting under pergolas (with outdoor heaters, to keep out the cold!) Quarter House Coffee Roasters is a great daytime spot for a drink and a snack - the space is definitely instagrammable for people looking to add a trendy space to their story. Asian food is on the show yet again at both Toppoki and Ming Moon Restaurant. After grabbing something to eat you only have to cross the road to visit Missing for some Drag Queen entertainment, or to The Glee Club for some stand-up comedy.

Go out and explore what Birmingham has to offer

Birmingham is the U.K.’s most diverse city, and the city’s independent businesses reflect this. Throughout the city you will find businesses representing countries from all across the world - the city’s food and drink scene really is a melting pot of multiculturalism.

For Brigad users, there is a great opportunity in Birmingham to work with a wide range of businesses across cultures, picking up new and exciting skills every day. One day you could be working with Japanese food, the next with Thai, the next with Indian, and then top it off with a week making classic English pies. There are all sorts on offer in the city, and you can find the work that you want to do whilst being inspired and learning new things every day.

For businesses looking to use Brigad, the community of talents is an exceptional asset made up of self-employed professionals. The users of Brigad are experienced and reliable - and their work is always of high quality. Businesses should look to connect with Brigad’s users to provide relief work on seasonal highs, as Brigad’s professionals have the experience to accept a mission and come to the workplace primed and ready to get involved. Businesses have the option to seek out Brigad’s users - bringing in one of Brigad’s users could be the beginning of a long and beneficial working relationship - both for the business and for Brigad’s self-employed professional. 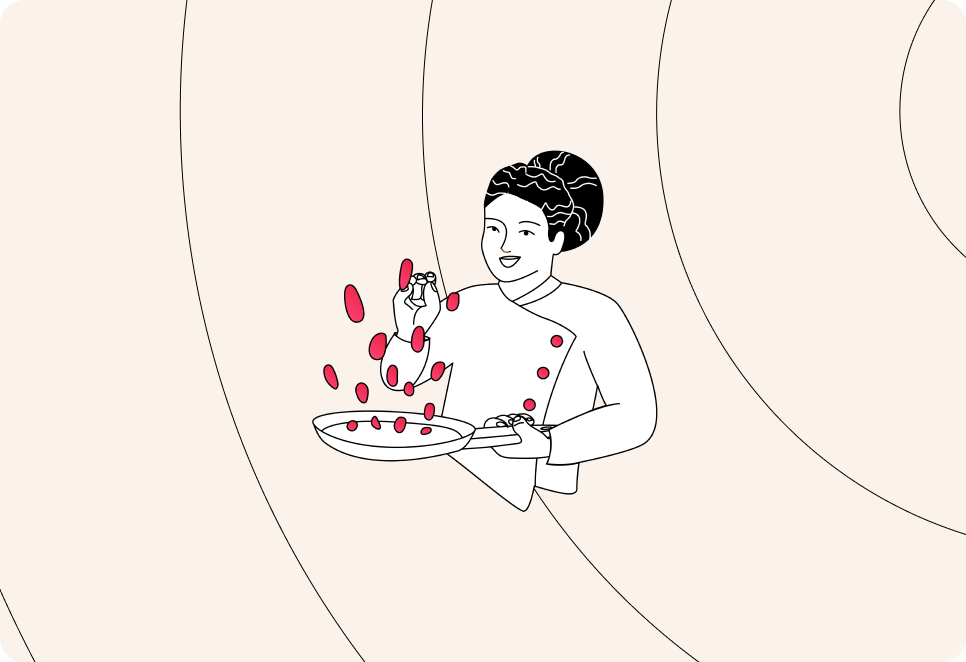 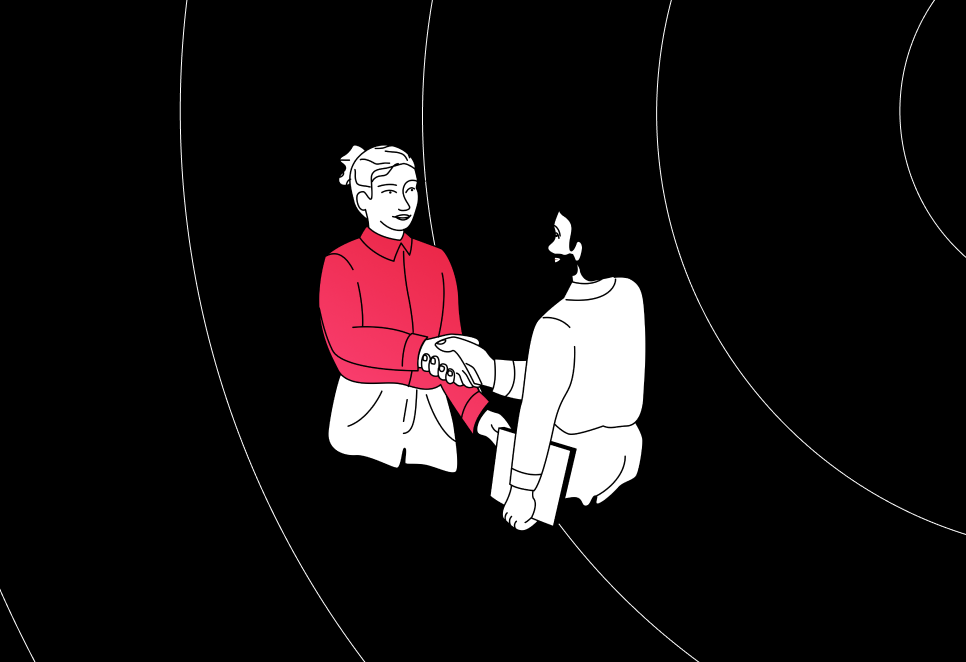 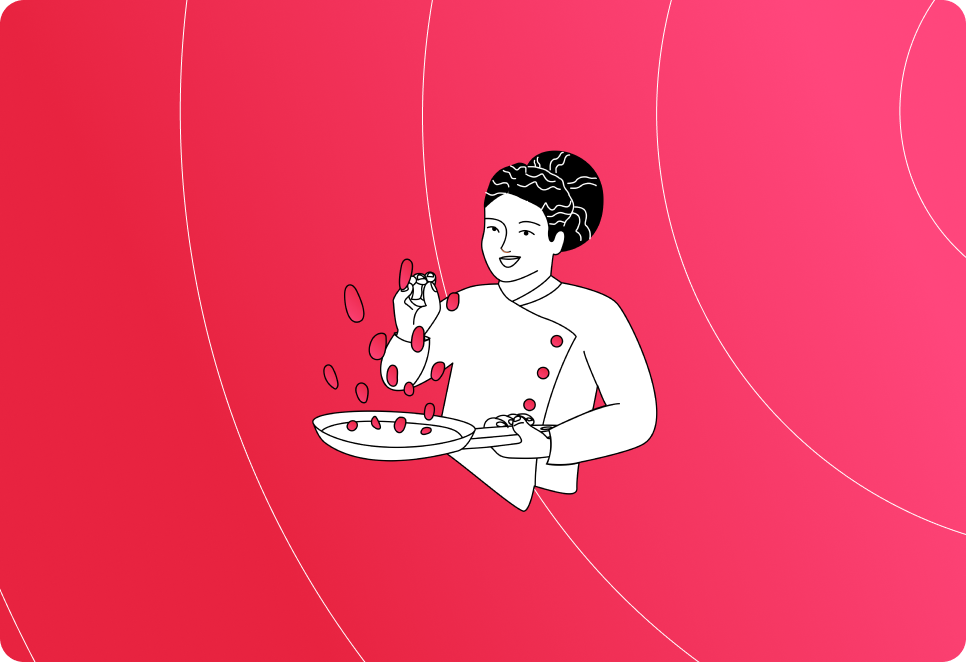 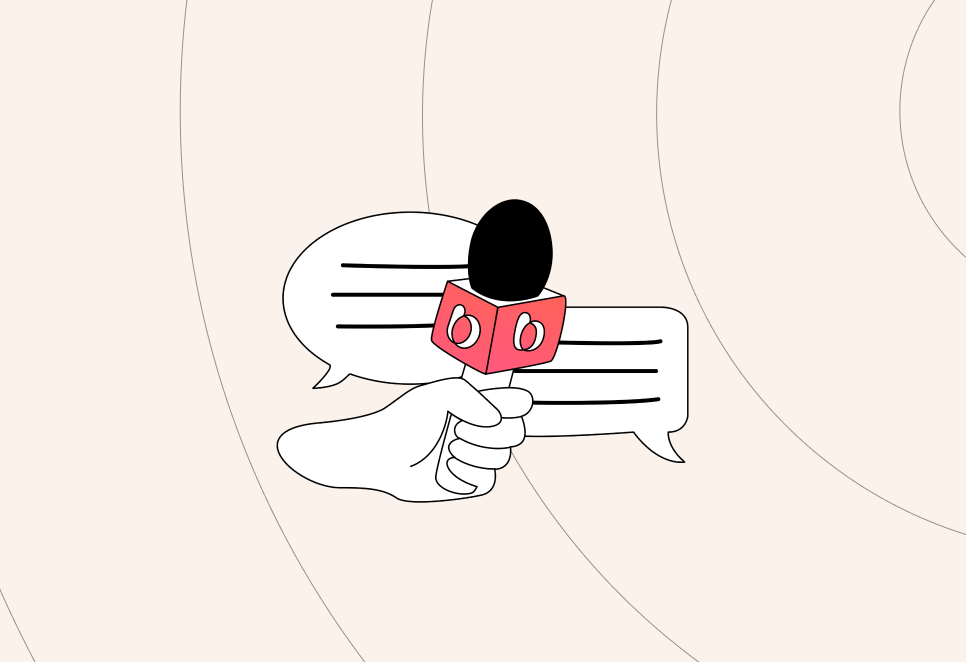 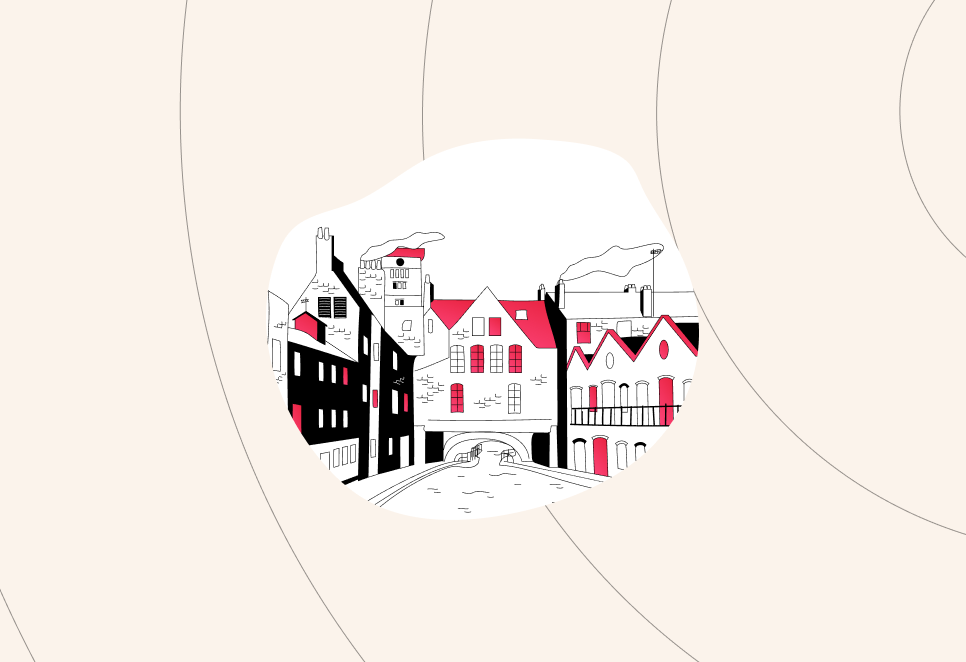 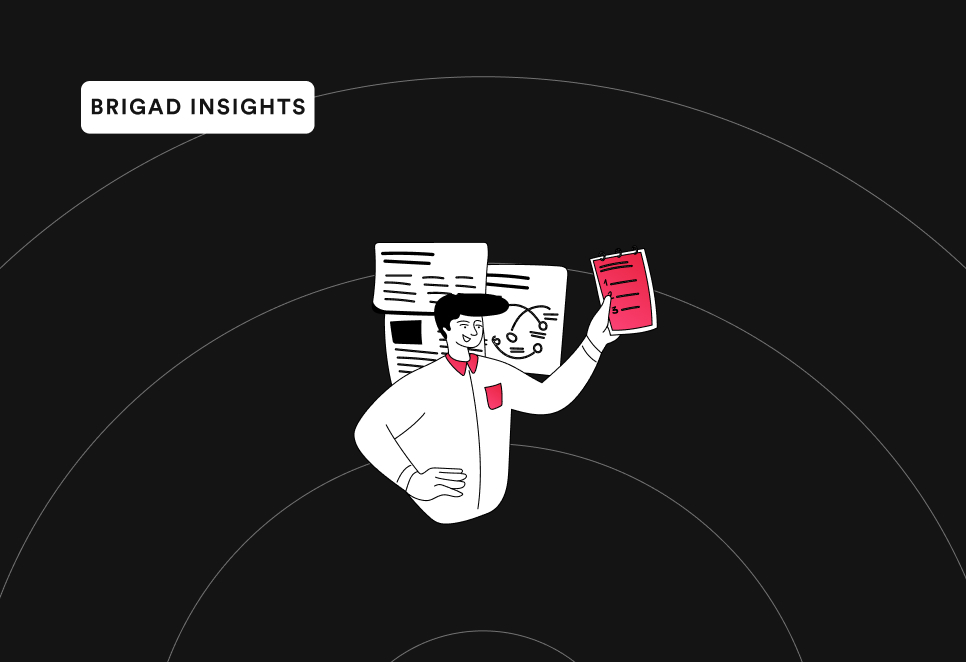